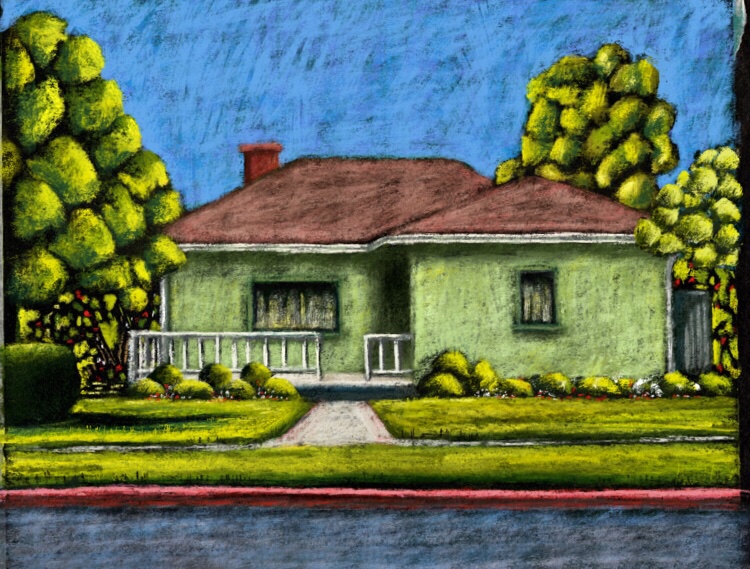 While I was drawing this a young man passed in front of me on the path leading a very large Boxer on a leash.
The young man, who looked to be between 28 and 32 and was wearing shorts and sunglasses and talking on his phone, seemed not to care that the animal had pulled him to a stop and was standing with its face about a foot away from mine.
‘Hello nice doggy,’ I said, leaning back slightly, keeping my voice chirpy and dog-friendly.
The dog didn’t wag its tail, didn’t even move: it just stood there, as if it was made of concrete, staring at me intensely with a smile on its drooling lips.
Even though the young man was deep in conversation, he must have been paying attention to the animal because he held the leash tight enough to prevent it licking, or bitting, my face .
I didn’t want to touch the dog in case it was riled to strike, so I continued with the friendly words until the young man yanked on the leash, and him and his salivating beast walked away.